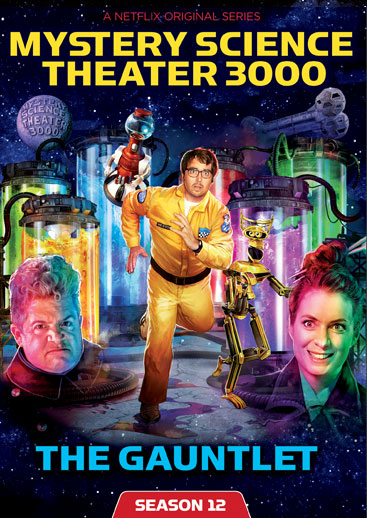 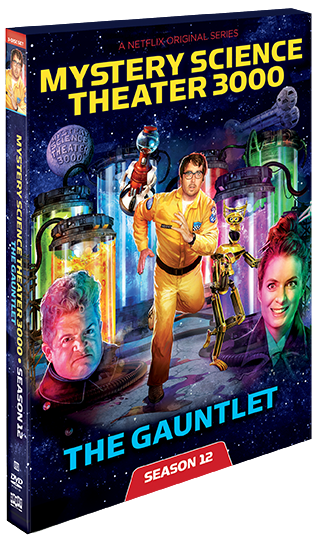 Are you prepared to face the most mind-bending act of movie riffing ever attempted: The Gauntlet? Created in the darkest recesses of Moon 13 by the maddest of Mads, Kinga Forrester (Felicia Day) and "TV's Son of TV's Frank" Max (Patton Oswalt), The Gauntlet is surely the most fiendish experiment ever conducted outside of that one science fair in fourth grade where the kid who ate paste attempted to dissect the cafeteria's meat loaf. Remember him? He's a lawyer now. But I digress. Can Jonah Heston (Jonah Ray) and the bots – Tom Servo (Baron Vaughn), Crow (Hampton Yount) and Gypsy (Rebecca Hanson) – survive The Gauntlet that has been thrown before them? And more importantly ... can you? Remember, just repeat to yourself: "It's just a show ... followed by another show ... followed by four more shows."